Hong Kong and Singapore - a late Q2 check in

Yet another hectic time at work but I'm determined to clock in for the second quarter, even though we are more than halfway through the 3rd.  What lazier way than just to do a Top 10 for the city I live in vs. a Top 3 for the city I come from.  So here goes.

Starting with the European quarter (no pun intended):


Loved the vibe at Serge.  Lots of buzz and energy being in the middle of a traditional wet market in Hong Kong's Wanchai district.  Go before sundown to walk through what defines HK before settling down into a hipster type of bar and restaurant in a unique and rare high ceilinged space.  Only complaint is that the acoustics were poor at best and so be prepared to speak at a decibel or 10 higher than normal.  The food is innovative, fun and has some Japanese influences.  The tasting menu feeds well but does not overwhelm.  And certainly very well executed.  Merits an encore.

Akrame Benallal did open shop in HK.  Cool, dark and simple interiors made for a nice setting, although the only odd thing about our table was that both of us faced the glass door.  A little unsettling perhaps but happy with WIFI and the attentive service.  Food seemed to be pretty influenced by Indian and other heavier spices and came through a little overt given the very subtle and light cooking techniques.  However, my one love of the evening was his pigeon with jelly of raspberry and grilled leeks.  Tender and juicy piece of bird and refreshing (yet untart) raspberry film was delightful and I didn't want it to end.  I still remember it now...

Tsim Sha Tsui saw a bit of action with the opening of a few exciting options.

The opening of the centuries old French bakery was welcome especially with its cafe and restaurant (more next quarter).  I found the cafe's menu a little too small to be effective given its price point and would later find Epure (its restaurant) much better value.  However, what would win me over was its almond and chicken soup.  Sounds so simple but it just tasted of luxury as soon as you drink it.  Lots of umami in the base stock and worthy of stars on its own.  Signature pastries were definitely very good.

La Locanda did not open to as much fanfare as Dalloyau but it has certainly gotten my stamp of best pizza in TST.  It's worth going just for the pizza.  Other stuff on the menu are ok although the caneles from the buffet table were surprisingly decent.

And in other TST news, Unar Coffee opened at the Star Ferry Pier to bring coffee standards up in the absence of 18 Grams, now reopened in a newer space in City Super.  But months of lacking good coffee without a walk was a challenge.  Now there are are options again.  Isn't that what life is about?

Last entry in the European section is Catalunya.  I couldn't get a table for dinner but tapas on bar stools weren't too uncomfortable and certainly tasty.  It's a full meal even if you can't get the full menu.  The jamon was definitely good as were the bikinis.  A little pricey for tapas but they do come with the implicit Ferran Adria stamp so what the heck.


Skin features in the Chinese section this quarter.

First, Kowloon's best Peking duck.  Pictured above is the best and crispiest part of the bird to be eaten with sugar and nothing else.  Savor the fat bursting with the sugar crystals popping.  Wondrous.  Traditional foods on the menu are executed well too and the setting is perfect for an intimate dinner, unlike most other Chinese restaurants.

The other intimate Chinese place I like is T'ang Court.  Consistent in quality 90% of the time, it is a firm favorite given its proximity to the office.  Dim Sum although limited is certainly almost always perfectly executed.  A recent discovery which I've now ordered a few times is the suckling pig.  You're not going to get a whole pig for the price they charge but what you get are a few pieces of perfection.  The thinnest crispiest skin with the tenderest pieces of pork belly underneath. 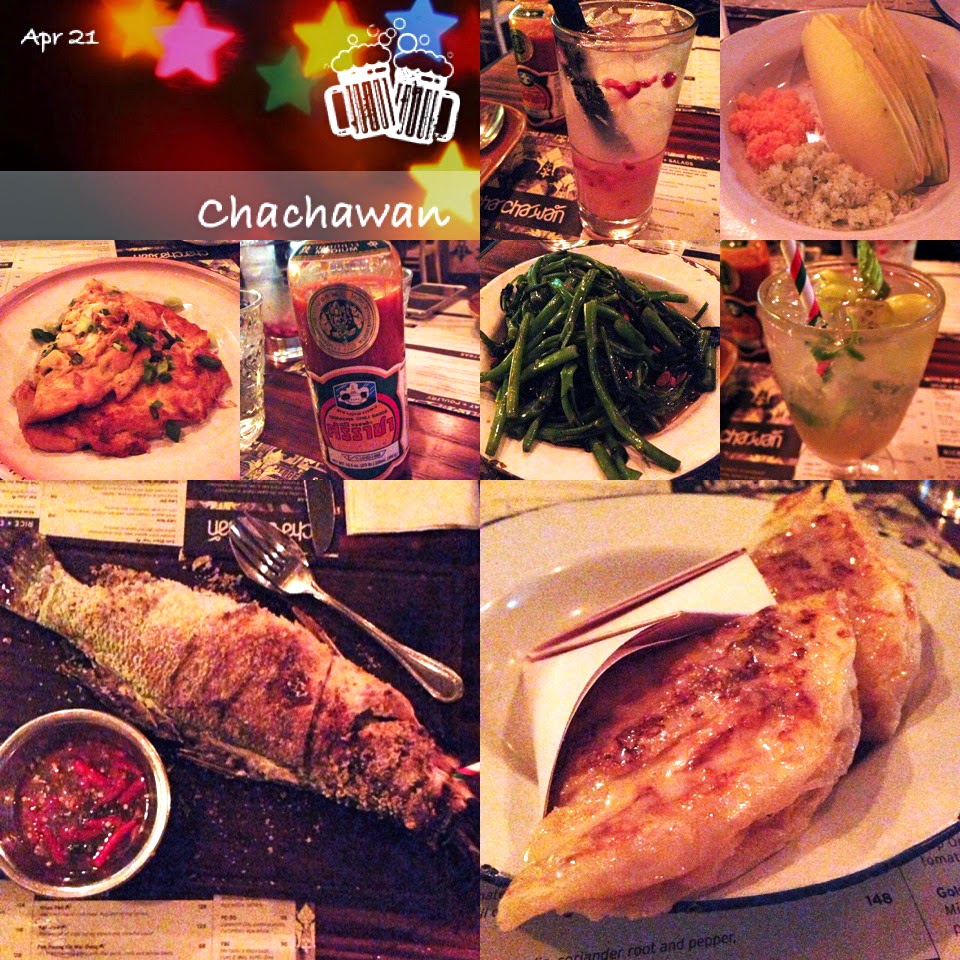 The lone entry in the South East Asia quarter is Chachawan.  I resisted a couple of times given its no-reservations policy so a late dinner night on a public holiday worked magic.  I had hoped it was not overly hyped and was pleasantly surprised.  Hipster in its spartan decor, reminiscent of an old shophouse from the 70s.  Comfortable enough although a tad dark to really see what you're eating.  It's not pitch black but that's just me.  The crab meat omelet and the dessert rotis were winners for me. 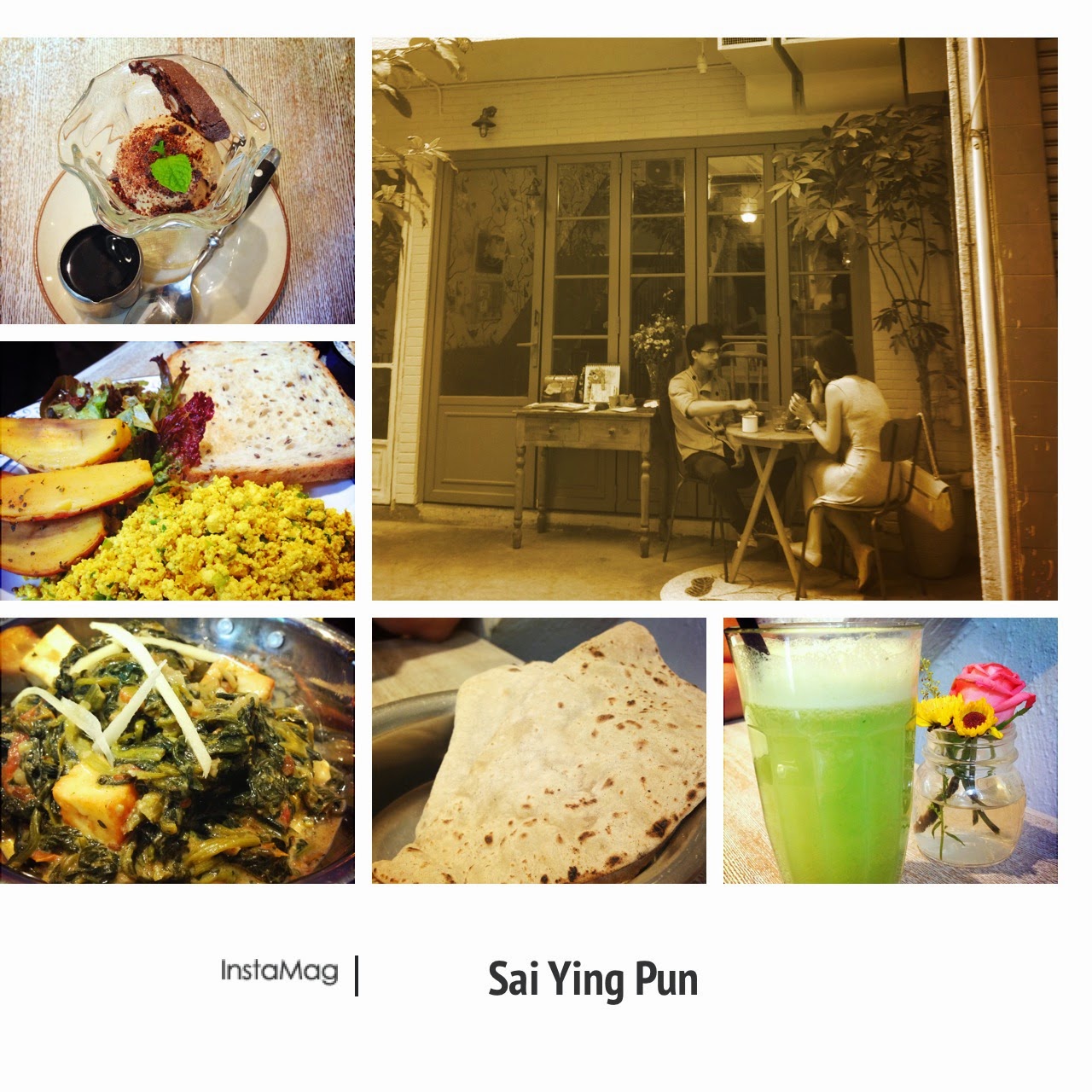 With all the "bad stuff" we subject ourselves to everyday, it's good to cleanse ourselves once in a while unless you can embrace plant based vegetarianism wholly.  The good news here is that the stuff is pretty tasty.  My spinach and cottage cheese with chappati was pretty authentic without the usual richness expected in an Indian restaurant so no food coma afterwards, especially after a very yummy affogato.

Meanwhile, 2.5K miles away in Singapore, 3 places made my list for the quarter.

Ola Cocina del Mar's venue mislead me into thinking it would be a run-of-the-mill place.  Its neighbors in Tower 3 of the Marina Bay Financial Centre like Bibigo and dr. CAFE were underwhelming but Ola was thankfully many cuts above them.  Its 36 month aged Iberico shoulder was excellent in its natural sweetness and perfect in its meat to fat ratio.  Cliche but certainly very well executed were its paella and churros.  No wonder since its chef Daniel Chavez worked twice for the late Santi Santamaria.  Now that I know his Spanish staples are as close as you can get to Spain in Singapore, I can happily go back. 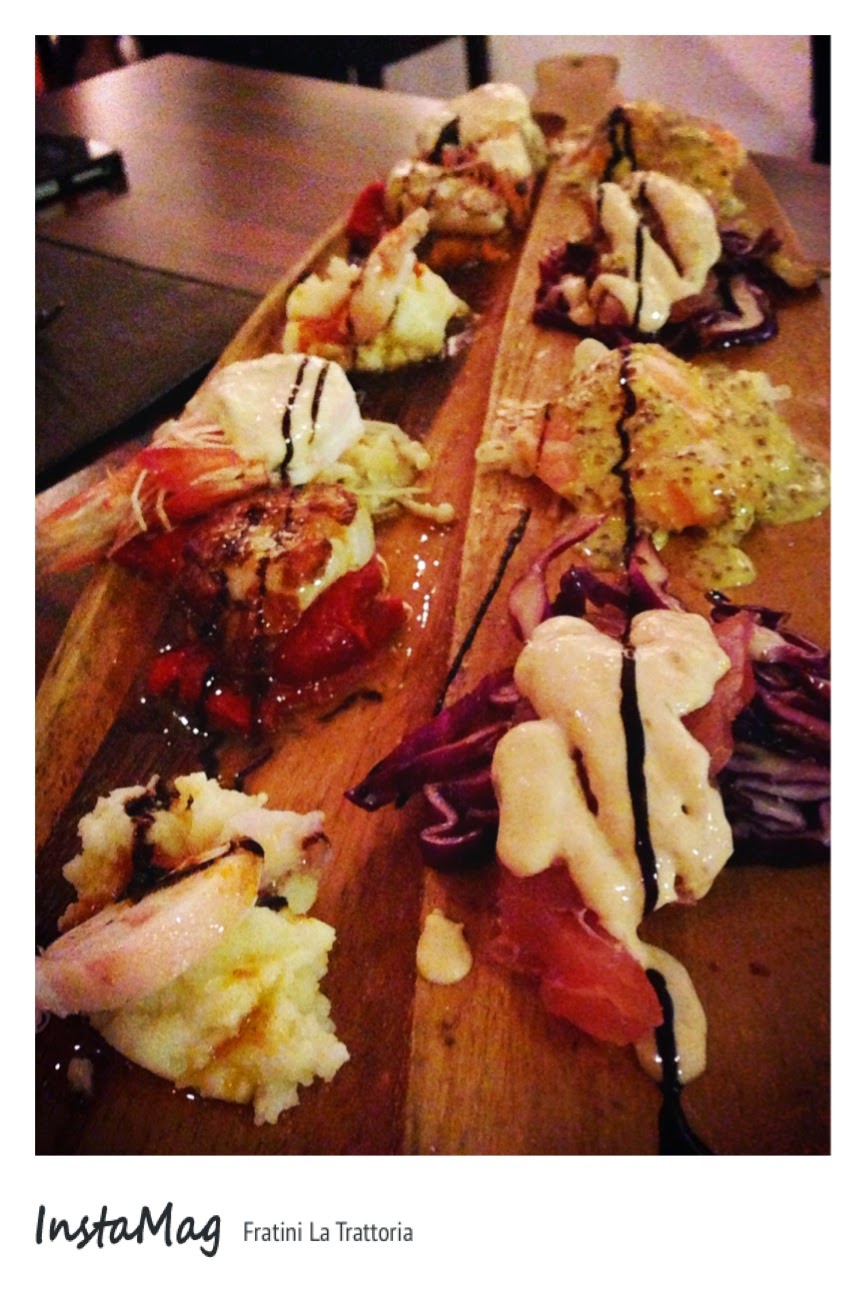 Omakase seems to be the order of the day in restaurants these days.  Even Italian restaurants like Fratini have jumped on that bandwagon.  Chef Gabriel Fratini works the crowd as he does the food so he teleports around the restaurant quite a bit, in between sips of Rose´ and Prosecco.  Antipastis, pastas and desserts are delectable.  There were some misses in the other mains only because the tastes just didn't come together for me and not because they weren't well done.  But you can't please everybody and the neighborhood buzz this place offers is fun and casual enough for an easy evening.  Tip: go hungry since it is quite a lot of food. 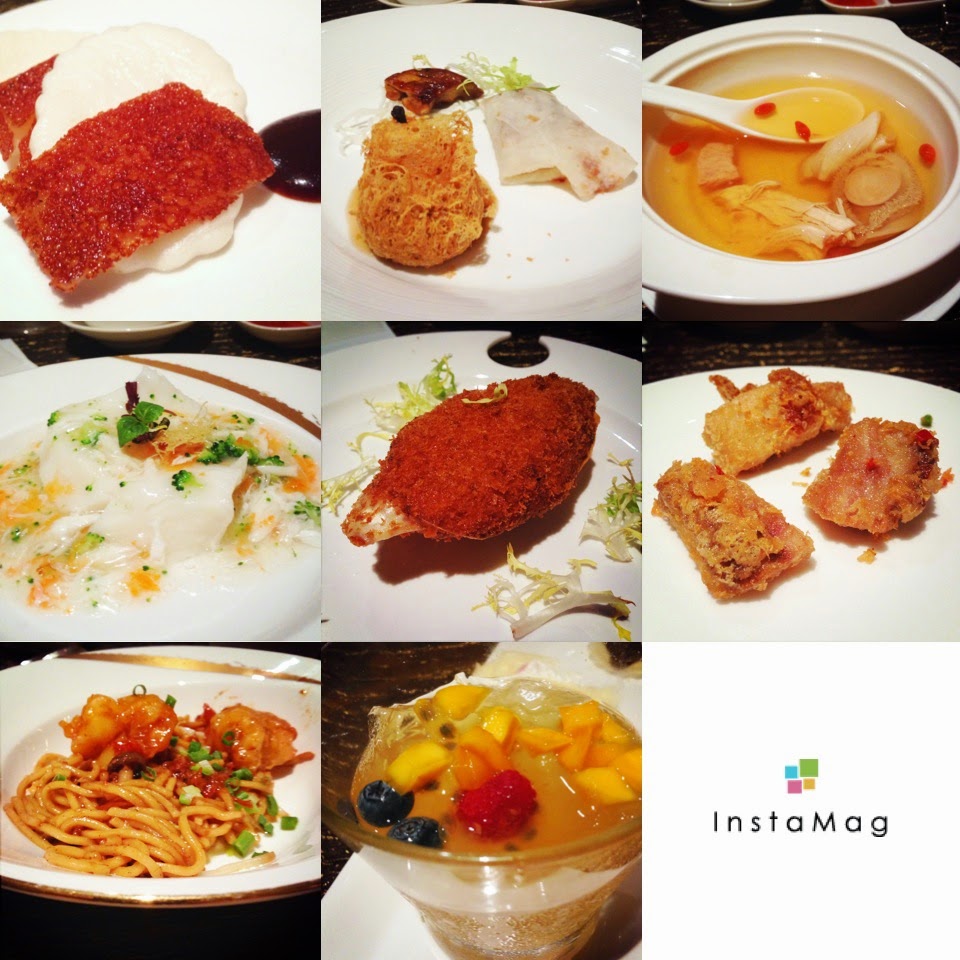 Last but by no means least, is Yanting, the Chinese restaurant at the St. Regis.  We had the place booked up for Aunty A's big birthday and being a big crowd, wasn't expecting much, but the simple menu put together was well executed for the crowd and what you should expect a restaurant of that rating and calibre to deliver, and we weren't disappointed.  If I didn't have enough Chinese food in HK and needed some good quality stuff in a comfy, quiet and well serviced setting, this would be my choice.

A busy quarter at work but you wouldn't believe me if I told you that was all I did.  And happily I confess.  Until next quarter, eat well.

Edena
A corporate animal who has a passion for cuisine of all kinds from anywhere, tennis (read Federer) and the wonderful world of Hello Kitty.